A great weekend at Monte Christo 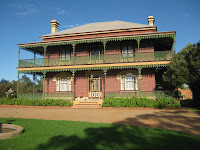 I have just come back from a weekend at Monte Christo - the most haunted private house in the world - yes...the world!!!!
This is the title that they have just been given - cool eh!
It would have been totally perfect except that it took us 8 hours to get there by car and another 8 getting back. I am not a good back seat passanger.
If I could have afforded it I would have flown there.
But the company was great - five women in a car.
A group of ghosthunters, all very enthusiastic, all heading to the most haunted place in Australia..what would we talk about all the way there?????
Ghosts and our experiences of course.
It was well worth it with a most fantastic home to tour - the family, Olive and Reg and their son, were perfect hosts serving us home made meals and providing comfortable accomodation as well as being able to indulge us in stories that were going to keep us up all night long.
I can recommend this trip out to Junee to anyone with a real interest in ghost stories and strange experiences.
Did I personally have anything happen to me?
Sure did.
Posted by wykdwytch at 9:36 pm 1 comment:

Blessings to a beautiful Faerie!

A lovely lady I know is leading a very complicated life.
She is a featherweight whisp of a thing yet has been dealt some extreme circumstances - so very unfair for one person to go through.
Now on top of all else she must contend with cancer - treatment, hospitalisation and surgery as well as the need for support, love and understanding.
None of us knows how we would go through such things until it becomes out time to do so.
I know that this particular lady will rise to the challange because even though her life has been tough, she would never think of backing down.
She remains in my prayers and thoughts and I wish her swift recovery and strength in beating this f**ker down to hell.
Keep an eye out in the sky this weekend for a most beautiful moon as it comes in nice and close to Mother Earth. I am lucky enough to be in Junee at Mont Christo on a ghost hunting trip.

The traumas of Japan

Japan is going through hell. The visions of the last few days have been forever embedded into our psyche by continual streaming of events as they unfolded.
As much as I did not want to watch - I did.
I visited Japan last year for the very first time. It is a country of great beauty and the people are amazing. I loved every minute of being there - a gracious and respectful place to be.
Even during this trying time reports, in the thick of it, tell of how in the supermarkets people are only buying enough and leaving food for others. Even homeless people are offering bits of cardboard to strangers so that they can be warm.
Imagine whole townships destroyed...where would you start?
There is nothing to go back to.
Our Earth is flexing her muscles, bending , stretching growing and shrinking.
We are all on a living planet - is it finally sinking in or not?
We need to learn to live within her boundaries not OUR boundaries because she couldnt give a stuff about what we think is right.
Its time we decided that our Earth is one global village - we are way beyond small separate communities - we have spread all over the globe covering it with humanity. Our biggest lesson is now to learn to live together and extend a helping hand when it is needed.
For what is happening to Japan, Christchurch, Queensland effects us all.
Posted by wykdwytch at 8:08 am No comments:

Miss you so much gorgeous boy! 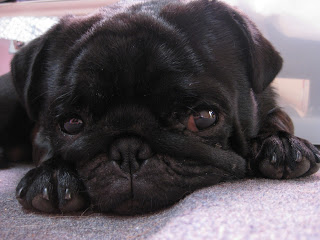 Its all about perspective.

Hearing yet again after such a long time how much of a heartless b***h I had been in a situation that happened a long time ago in a distant land, far far away allows me to reflect on the topic of perspective.
Now, its those people's perspective that were involved in the fracas that I had wronged them - thats how they saw the situation. Ok.
But from my perspective I did what I needed to do - they had wronged me.
- so, therefore who is right?

Depends on how many friends or family you have defending your status, I guess - or who has the loudest voice or the most friends on facebook!
The facts you say?
What about the facts?
Oh who cares about the facts...it will still depend on perspective.
In a car accident ten witnesses will all see something different.
That's a fact.

I was watching 60 Minutes about the young girl in the centre of the current AFL scandal.
She is only 17 - a mere baby, but boy, has she caused some commotion with HER perspective.
None of us knows the full story - as well we know tv will filter out the truth and present mostly what will get them the most viewers and people love a scandal.
Now from my point of view she got herself into a situation where the adults around her should have known better but that does not excuse everything. From her point of view she feels that she has done little wrong and continues to do little wrong in her continued defence and appearnace on tv with even more stories that frankly we should not be encouraging or be made aware of.
We havent gotten far from the old town square scenario where the local villan would be led into the Square and put in the stocks so that people could throw rotten cabbage at his head...
Mmmm....havent we all moved ahead!

Each person in this whole mess will have a different perspective of right and wrong.
So, I go back to my little past flashback - I learnt many valuable lessons from my errors in judgment - the best teacher of all.
My perpective on past event shas not changed.
People need to move on.
I wish I could have seen it coming - no actually I did see it coming but I made the wrong choices in trying to fix things, but then as in many of life's situations, even since then, some things are not meant to be seen or stopped but to be lived through whether you like it or not.
Posted by wykdwytch at 1:23 pm 2 comments:

Join me on a Ghost Tour of Newcastle soon!